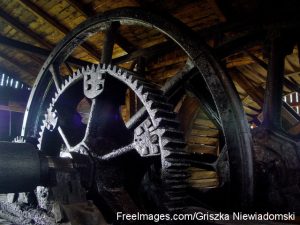 In the last few weeks, I’ve gone through a few courses on the Udacity since I’ve been looking to update my JavaScript skills. The Udacity courses are mostly videos, but short and to the point. I often have trouble following along with videos when they’re too long and would rather have the transcript, but it was not a problem with those courses. It’s easy to follow along, and there are often chances to try out the material immediately instead of having to watch an hour of video before doing anything.

The courses are also not as close to the format of a university course than Coursera or Edx: the focus is on a specific subject, such as testing JavaScript or responsive design. There is no extra fluff beside the main subject, so you need to listen to the basic courses in HTML and JavaScript if you don’t already have a background in it.

Also, I was able to go through the courses faster than the posted times in most of the case: it’s easy to squeeze in a few videos and an exercise when you have a bit of spare time.

The Web tooling and automation course was the best out of the ones I tried. The goal of this course is to showcase a good workflow for a web application based on JavaScript. Since I’ve mostly worked in a .NET/Visual Studio environment lately, I’m interested in learning about the latest best practices and tools in the JavaScript world. It’s rarer to see a course that focuses especially on this: I often default to following a beginner’s course to get this information since they’ll teach how to get setup, but it’s not always representative of what someone would do to build a large application.

The course covers the following subjects :

The only problem is that the downloadable examples start with the solution to the first exercise instead of the scaffolding to fill in. It’s only annoying for the first lesson since all the exercise build on each other, so you won’t miss much.

In conclusion, you must do this course if you’re interested in JavaScript and want to improve your workflow. It’s a very small time investment for all the tricks and tools you’ll learn.

To learn, you must ship your code You can’t remember every detail, so stop trying